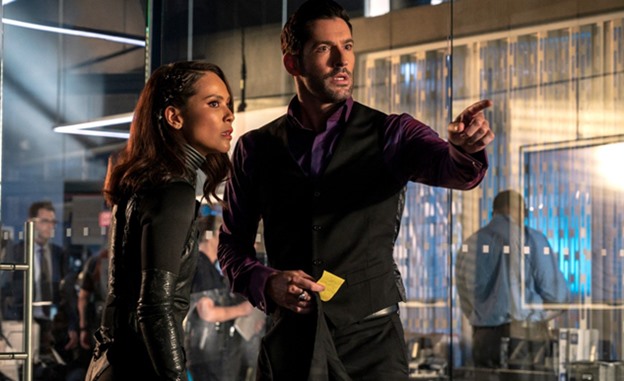 The hard-hitting rock song with an addictive beat was played as Chloe leaves Trixie at Linda’s, and as God tries to comfort Dan.

Clear Blue Fire’s ‘Let’s Go‘ was released in 2018 via the Color The Horizon record label.

It is one of several tracks the Perth-based band has had featured on hit TV series recently, with other songs being licensed for play on shows like Ex on the Beach and Showtime’s comedy drama Shameless.

Listen to Clear Blue Fire’s ‘Let’s Go‘ as heard on Lucifer this week on the Spotify player, and in the video below.

The last episodes of Season 5 of the fantasy series have just been released on Netflix, with Season 6 of the hit show being added on the streaming platform in June.