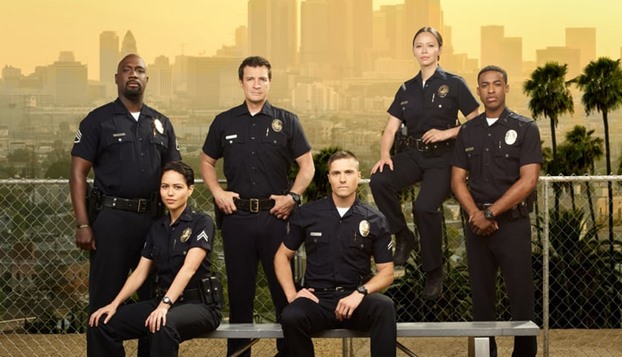 The track played over the episode’s end credits.

The song has a strong beat, powerful vocals and a hopeful message in that, no matter what difficulties may be ahead and how different they may be, the singer is stressing he will never give up on the person he loves.

Cold War Kids was founded in Long Beach, California in 2004 after band members got together at the Christian university Biola University.

The band released their first EP in 2005 quickly followed by two more EPs and their debut studio album just a year later.

Since then, they have released eight albums, three live albums, two compilation albums, more than 20 singles and a total of 14 EPs. Yes, they are that prolific.

They have also moved from being somewhat of a cult band when they first started out to relatively quickly enmeshing themselves in the indie band realm, gaining millions of fans along the way.

Listen to Cold War Kids’ ‘Somewhere‘ as heard on last night’s The Rookie in the visualizer music video and on their latest album.