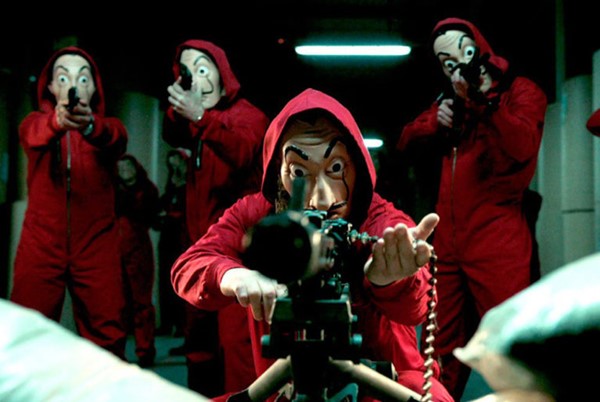 Coldplay’s ‘Fix You‘ is from the band’s third studio album X&Y, which was released in 2005 via Capitol Records and Parlophone.

The song was released as the second single from the album, and was written by Coldplay lead singer Chris Martin as a way to comfort his then-wife Gwyneth Paltrow, whose father had recently died.

The ‘Fix You‘ music video features Chris Martin walking around London singing the song, then eventually running through the streets during the song’s goosebump-inducing guitar solo.

He eventually appears on stage in front of an enormous audience where he and the rest of the band finish performing the track.

‘Fix You‘ was a huge success for the English band, reaching #4 in the UK, #3 in the United States on the Billboard Adult Alternative Songs chart, as well as charting in 14 other countries.

Along with its appearance on this month’s Money Heist, ‘Fix You‘ has also been featured in a slew of other TV shows, including Cold Case, Brothers & Sisters, Without a Trace, Looking for Alaska and Black-ish.

Listen to Coldplay’s ‘Fix You’ as heard on Money Heist in the song’s official video, and on the band’s X&Y album.