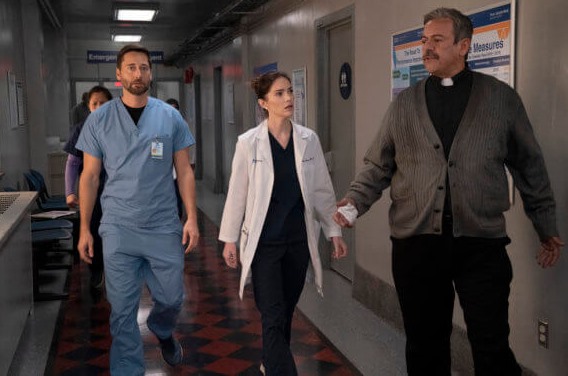 The song is playing as the hospital helps the victims of the church fire, some of whom are illegal immigrants.

While not universally loved by critics (and, frankly, nobody who likes Coldplay’s music could care less about what critics think) Ghost Stories went on to sell almost four million copies worldwide.

The album spawned three singles, and charted at #1 in an astonishing 24 countries.

In the United States, Ghost Stories hit the #1 spot on three charts.

Coldplay’s ‘Midnight‘ was not one of the album’s singles, but was a fan favorite. It was also given an official music video even before the album was released.

The video featured the band walking around a desolate wooded area and was filmed in thermal infrared imaging, adding to its feeling of desolation.

The ambient, mellow and quite somber song seems to make some people feel sad, while others say it’s comforting in its beauty. I’m in the latter group.

Listen to Coldplay’s ‘Midnight’ as heard on New Amsterdam in that music video, and on their Ghost Stories album.