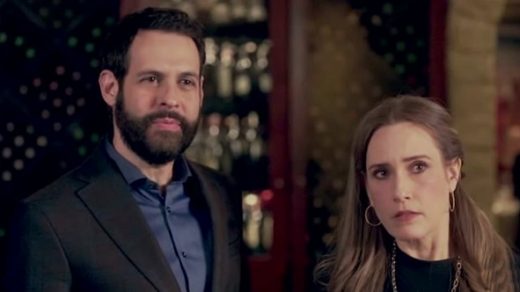 The song was heard as Eddie is running the autograph stand at the convention without the huge crowd of fans at Colin Hay’s stand across from him.


The track was played in an episode that was an homage to Colin Hay’s music, with the singer not only having two songs featured on the episode, but also his former band Men at Work getting a music feature as well.

The non-album single is a re-recording of Men at Work’s classic hit song ‘Down Under‘, which was originally released in 1980 as the B-side of another single, and went on to become a massive worldwide hit for the now defunct Aussie rock band.

Hay, the former lead singer of Men at Work, re-recorded ‘Down Under‘ with the added 2012 update in its title, to celebrate the 30th anniversary of its original release.

The singer then released an even more updated version of the song in collaboration with Australian producer Luude last year.

Listen to Colin Hay’s ‘Down Under 2012‘ from last night’s A Million Little Things in the video, and on the Spotify player.

Yep, now 40 years since its original release, and the track is still a helluva catchy song.