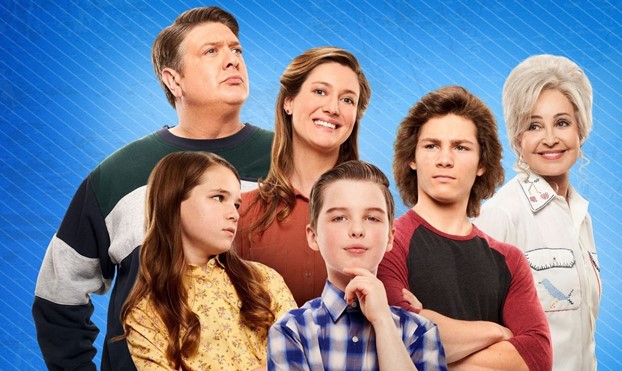 American R&B band Color Me Badd’s ‘All 4 Love‘ was played on the hit comedy drama series Young Sheldon last night — Young Sheldon, Season 5, Episode 4, “Pish Posh and a Secret Back Room” — an episode that was aired on October 28th, 2021.

Color Me Badd’s ‘All 4 Love‘ was first released in mid-1991 as the second single from the band’s debut studio album C.M.B., which came out on the Giant and Reprise record labels.

The track was a big hit for the R&B band at the time of its release, astonishingly pushing Michael Jackson’s ‘Black or White‘ off the number 1 spot on the Billboard Hot 100 chart and parking itself there.

It also charted high up the charts in 10 other countries, including the United Kingdom, Canada and Australia, and was eventually certified Gold in both the United States and New Zealand.

Color Me Badd’s ‘All 4 Love‘ along with the rest of their C.M.B. album was re-released this year in an Expanded Edition version via the Warner Music record label.

The track is an upbeat song with a catchy melody and memorable lyrics. 30 years after its original release though, and it is more pleasant than memorable.

Listen to Color Me Badd’s ‘All 4 Love‘ as heard on last night’s Young Sheldon on the re-release of the band’s C.M.B. album and in the video.

Season 5 of Young Sheldon is continuing on with its superb brand of drama, comedy and cool music on CBS.