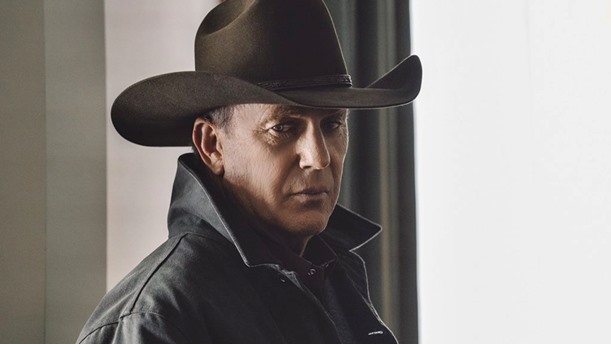 Canadian country folk singer songwriter Colter Wall’s ‘Sleeping on the Blacktop‘ was played on the drama series Yellowstone this week — Yellowstone Season 4, Episode 3, “All I See Is You“.

The song was heard during the episode’s opening scene.

The acoustic guitar-driven track features Wall’s signature deep voice, and is one of those songs you listen to and can immediately imagine yourself sitting out on a rock in the desert, campfire coffee on and the moon slowly rising over the mountains way off in the distance.

Colter Wall’s ‘Sleeping on the Blacktop‘ is from the indie singer’s EP Imaginary Appalachia, which was released in 2015 on the Young Mary’s Record Co. label.

The EP climbed to the #22 spot on the U.S. Heatseekers chart.

Listen to Colter Wall’s ‘Sleeping on the Blacktop‘ from last night’s Yellowstone down below.

The song is one of the Canadian singer’s most popular tracks, with more than 31 million listens on YouTube alone.

As for Yellowstone, the popular western-themed drama series is currently airing on Paramount.