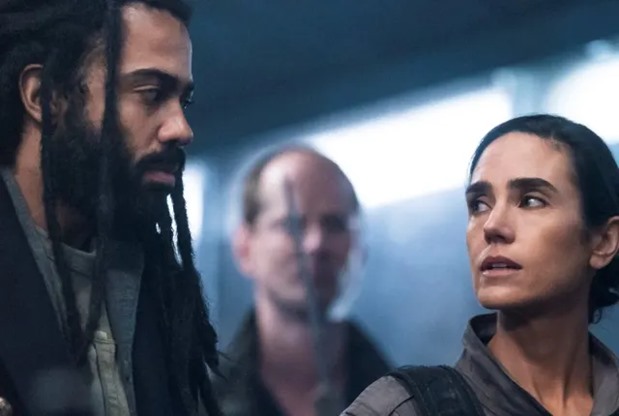 American alternative rock band Concrete Blonde’s ‘Joey‘ was one of the songs featured on the soundtrack of Snowpiercer last night (March 29th, 2021) — Snowpiercer, Season 2, Episode 9, “The Show Must Go On“.


The album was released in early 1990 via Capitol Records. It was the first Concrete Blonde album that was predominantly gothic rock, and sparked a change in the band’s music direction.

The album was moderately successful for the indie band, charting at #8 in Australia and was eventually certified Gold in that country.

‘Joey‘ was released as a single from the album and became the biggest hit Concrete Blonde ever had. It charted in the top spot on the Billboard Modern Rock Tracks chart in the U.S., and also made it to #2 in Australia.

Concrete Blonde themselves was a band that was quite successful for many years but was on again, off again for much of its life.

As it stands now, the band is officially disbanded.

Listen to Concrete Blonde’s ‘Joey‘ as heard on Snowpiercer last night in both the song’s official music video and on their album Bloodletting.