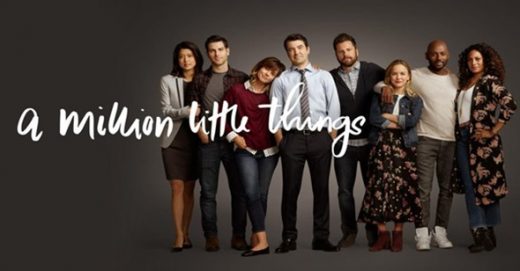 The laid-back song was played during the montage of scenes as Eddie and Anna are kissing, as Randall tells Shelly he believes what she says about her brother, and as Maggie tells Gary she wants to have a baby.


Correatown’s ‘Believe‘ was released in 2015 for the Grey’s Anatomy soundtrack, and has since become a standout cover of the original Cher song.

Correatown, by the way, is California native singer songwriter Angela Correa, who took the name Correatown from a nickname she was called by friends.

In the last few years, Correatown has had her songs featured on a slew of TV series, including How I Met Your Mother, Ugly Betty, Pretty Little Liars, The Blacklist, iZombi, Brothers and Sisters and a slew of songs being licensed for play on Grey’s Anatomy.

Listen to Correatown’s ‘Believe‘ as heard on A Million Little Things in the video and on the Spotify player. The song really is a lovely mellow version of the original.

You can buy the song via Bandcamp.