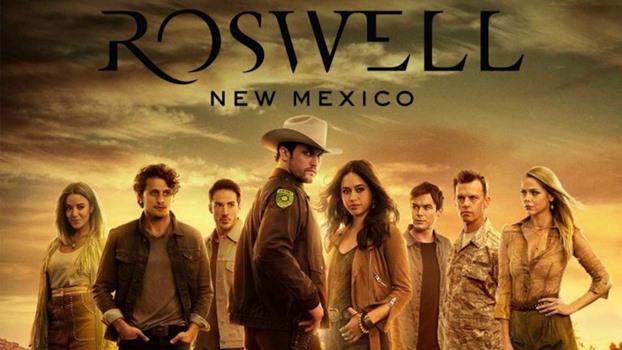 The track was heard as Max was writing letters to the people he cares about, and then burying them along with Liz and Jones’ things.

Counting Crows’ ‘Amy Hit the Atmosphere‘ was released in 1999 on the American rock band’s third studio album This Desert Life.

The album sold two million albums over the next three years, and was eventually certified Gold in the United Kingdom, and Platinum in Canada and the United States.

‘Amy Hit the Atmosphere‘ was written by the band’s lead vocalist Adam Duritz and its guitarist Dan Vickrey.

And, while the track may sound somewhat hopeful — “Well, Amy hit the atmosphere, Caught herself a rocket ride out of this gutter” — the lyrics were written about a woman who was a heroine addict, ‘Amy’, who eventually decided to kill herself when she realized she would never be able to beat her addiction.

Listen to Counting Crows’ ‘Amy Hit the Atmosphere‘ as heard on last night’s Roswell, New Mexico in the video, and on the Crows’ still-superb album This Desert Life.

Season 3 of Roswell, New Mexico is currently airing on The CW.