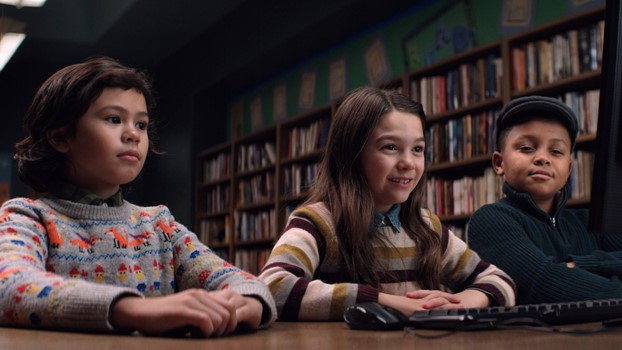 Australian singer songwriter Courtney Barnett’s ‘Nobody Really Cares if You Don’t Go to the Party‘ was heard on last night’s episode of Home Before Dark, the teen mystery drama series currently airing on Apple TV+ — Home Before Dark, Season 2, Episode 6, “What’s Out There“.

The song was heard as Hilde is showing Donny and Spoon where the island is, and as they are in the boat with Frank and Matt.


Courtney Barnett’s ‘Nobody Really Cares if You Don’t Go to the Party‘ is from the singer’s smash-hit debut studio album Sometimes I Sit and Think, and Sometimes I Just Sit.

The short track was the fourth single from the album, and is about a couple that has one person who loves to socialize while the other would rather stay at home.

Barnett is the introvert who feels like the person she is in a relationship with is so desperately trying to please others, they will go to a party when they would rather stay at home.

Once there, they will regale others with ‘their stories’, in just another attempt to be liked.

Listen to Courtney Barnett’s ‘Nobody Really Cares if You Don’t Go to the Party‘ as heard on Home Before Dark in the song’s music video, which has Barnett on a Camden street singing the song live.

You can also hear the track, along with the rest of her solo studio album, below.