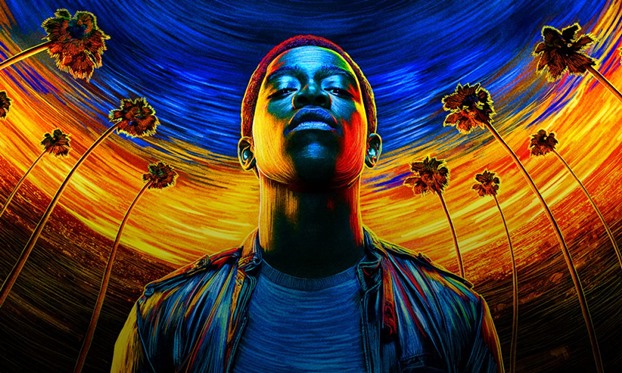 The late American soul funk singer songwriter, guitarist and producer Curtis Mayfield’s ‘Pusherman‘ was that funky song featured at the end of the latest episode of the crime drama Snowfall this week — Snowfall, Season 4, Episode 10, “Fight or Flight“.

The album was recorded and released for the 1972 movie of the same name, and was an immediate hit for the Chicago native, making it to #1 on both the Pop Albums and Black Albums charts.

It was known as a ‘soul concept album’, in this case meaning all the tracks on the album were written to call attention to the plight of people stuck in poverty or on drugs, as well as to de-glamorize the drug scene.

‘Pusherman‘ was a track that drew people’s attention to how many people living in America’s ghettos fall prey to drug dealers, who make it all sound so sweet and easy.

Once they are hooked, however, things change quickly as people become dependent on the dealer to score them even more drugs.

Listen to Curtis Mayfield’s ‘Pusherman‘ as heard on last night’s Snowfall in the video below, and on the Super Fly soundtrack.

The fourth season of Snowfall is currently airing on FX, and has already been greenlit for a fifth season.