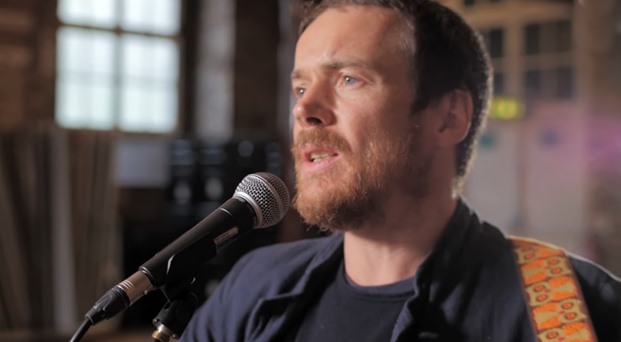 Irish singer songwriter Damien Rice’s ‘Colour Me In‘ was one of the songs on the soundtrack of the medical drama New Amsterdam yesterday — New Amsterdam, Season 3, Episode 12, “Things Fall Apart“. (aired on May 18th, 2021).

The song was heard as Iggy and Martin are discussing Chance.


Damien Rice’s ‘Colour Me In‘ is from the indie rock, folk rock singer’s third studio album My Favourite Faded Fantasy. The last album Rice released, although that was over eight years ago.

In his over 20 years in the music industry, however, Damien Rice has only released three albums, so that slow arrival of new music is par for the course with him.

When he does release new music, his albums tend to perform well both commercially and artistically.

Case in point, My Favourite Faded Fantasy, which charted in 15 countries including the U.S., and made it to #1 in Ireland and #4 in Belgium.

It also made the year-end charts in both Belgium and the Netherlands.

Listen to Damien Rice’s ‘Colour Me In‘ from last night’s New Amsterdam on his My Favourite Faded Fantasy.

There is also a gorgeous live performance of the song he recorded for the now-defunct Guardian Sessions you should watch below.

A showcase of live music from a wide genre of musicians the British newspaper The Guardian used to wonderfully produce. (Why do all the most wonderful music-related showcases always seem to disappear long before their time?)