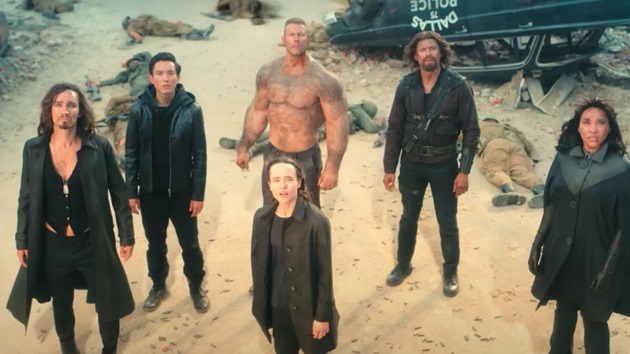 The song was heard as we see Diego waking up in a padded cell and was a darned appropriate song choice for that scene.

Daniela Andrade’s ‘Crazy‘ was released in 2014 via Crooked Lid Records and is a soft and romantic cover of the much harder original version of the song from American soul duo Gnarls Barkley.

Andrade herself first got her start by uploading YouTube videos of covers of songs from artists like Beyonce, Shakira, Gorillaz and Death Cab for Cutie and eventually released her debut EP comprising her favorite cover songs in 2012.

Her cover of ‘Crazy‘ gained her even more attention, to the point that her songs began to appear on hit TV shows like Suits, Wentworth, Supergirl, America’s Got Talent and Saving Hope.

Having ‘Crazy‘ licensed for the The Umbrella Academy soundtrack then is not such a surprise.

Listen to Daniela Andrade’s ‘Crazy‘ from The Umbrella Academy in her official music video below. A stark and simple but effective music video featuring Andrade in front of a grey background playing acoustic guitar and singing.

You can also hear the original and just as cool Gnarls Barkley version of the song below that.

As for The Umbrella Academy, the full second season is now streaming on Netflix as of July 31st, 2020.