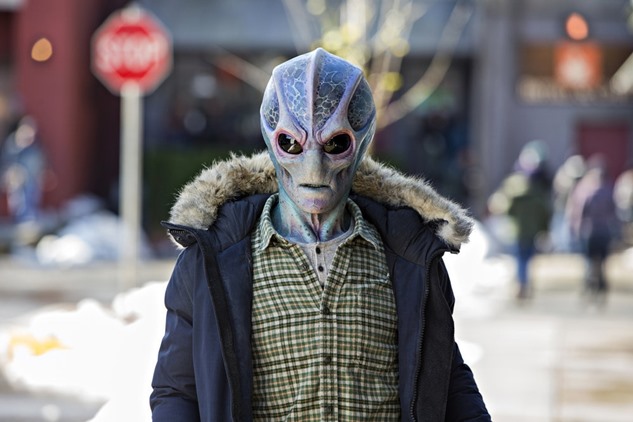 The song was played as we hear Harry saying the moon landing hoax is not true.


David Bowie’s ‘Starman‘ is the lead single from the singer’s fifth studio album The Rise and Fall of Ziggy Stardust and the Spiders from Mars.

It was added to the album at the last minute, and tells the story of Starman bringing ‘hope’ to the world.

‘Starman‘ was Bowie’s biggest hit in more than three years, catapulting the song to #10 after he performed the song live on the British music show Top of the Pops, and the album to #5.

The performance also made Bowie a star, and the song became one of his most recognized even to today. The album went on to chart in a dozen more countries.

(continue reading and listen to ‘Starman‘ below..)

Listen to The Breeders’ ‘No Aloha’ from Resident Alien, Season 1, Episode 9

Bowie went on to release more than 20 more studio albums, a slew of compilation albums, EPs and singles, and became one of the world’s most recognized and most loved artists.

He died just two days after his 69th birthday of liver cancer. He continued recording music almost to the end.

Listen to David Bowie’s ‘Starman‘, one of the most appropriate songs to appear on Resident Alien so far, on his album The Rise and Fall of Ziggy Stardust...and in that iconic Top of the Pops performance below.