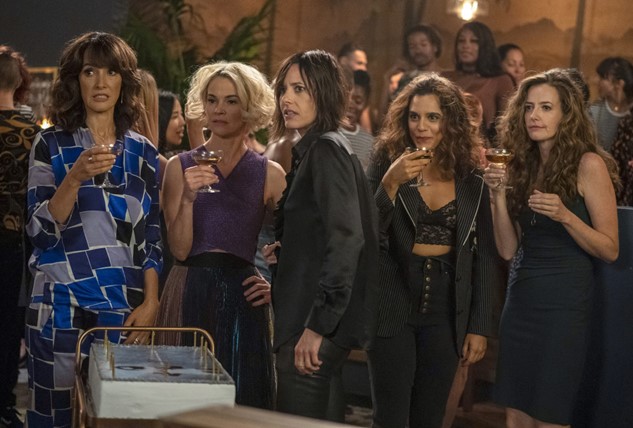 Daya’s ‘Bad Girl‘ is from the Pennsylvania native’s 6-track second EP The Difference, which was released via Sandlot Records earlier this year.


The Grammy Award-winning husky-voiced singer wrote the track about herself and her girlfriend Clyde Munroe.

When ‘Bad Girl‘ was released, it also came with an official music video.

The video features Daya walking into a bar alone and being watched by several men. But it is the woman across the room she is interested in, and that is who she follows to the back of the club.

‘Bad Girl‘ is also a noticeable change from songs she released when she was still a teenager and just getting started in the music business, as those tracks talked about the boys she was dating.

Nowadays after coming out as bisexual in 2018, the now-22-year-old Daya makes it clear in ‘Bad Girl‘ that, while she still likes men, it is women that are also now in the picture and in it to stay.

Listen to Daya’s incredibly catchy ‘Bad Girl’ as heard on last night’s The L Word: Generation Q in the song’s official music video, and on her latest EP The Difference.