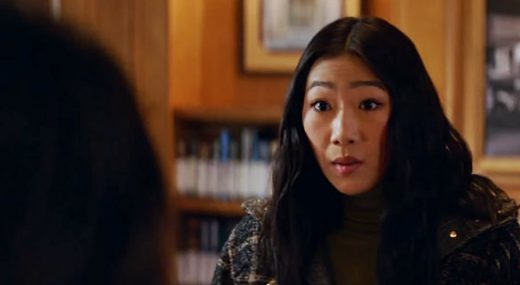 American indie pop project Dayglow’s ‘Can I Call You Tonight?‘ was one of the tracks playing on the soundtrack of last night’s episode of Kung Fu — Kung Fu, Season 2, Episode 6, “Jyu Sa“.

The catchy guitar-driven song was heard as Sebastian is visiting Ryan at the community center, and as Ryan asks Sebastian to go with him to the party as his date.


Dayglow’s ‘Can I Call You Tonight?‘ is from the project’s debut studio album Fuzzybrain, which he self-released in 2018.

Although Dayglow calls himself ‘a band’, in reality he is Texas native singer, songwriter and producer Sloan Struble. An artist who, along with a number of performing musicians, makes up the band.

Listen to Dayglow’s ‘Can I Call You Tonight? from last night’s Kung Fu on the group’s Fuzzybrain album, and in the song’s music video.

The 1980s-style low-budget video is so incredibly cheesy it is cool and, because of that, and how utterly addictive the song is, has already garnered more than 87 million views on YouTube.