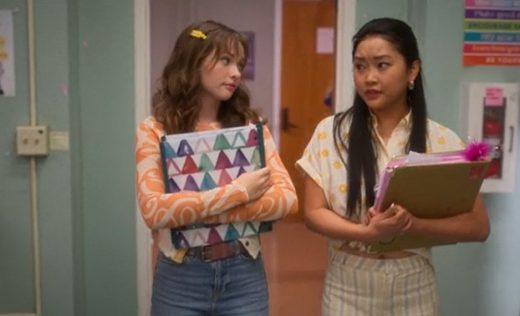 As you would probably expect, the new Netflix teen comedy Boo, Bitch comes with some pretty cool contemporary songs on its soundtrack.

After all, teens love music as much as they enjoy teen-focused drama, right?


The first song to appear on the Boo, Bitch soundtrack is Dayglow’s ‘Medicine‘ — Boo, Bitch, Episode 1, “Life’s a Bitch and Then You Die’“.

An ultra-cool sounding song that talks about the problems of miscommunication and how, while you might think the person you are talking to understands how you feel, when it gets deep down to it, they probably don’t.

After all, you’re really on the outside looking in:

Do you know what it means?
Is a sign what you see?
Maybe we could agree
But that’s not up to me
Oh, I don’t know if I can say
Much more about this debate
So suddenly nothing has changed
I’ve been reading on the wrong page

Dayglow’s ‘Medicine‘ is from the indie pop project’s second studio album Harmony House, which came out in 2021 on his own record label Very Nice Records.

He grabbed the attention of music critics with the release of his infectious debut studio album Fuzzybrain in 2018, and now hit TV show music supervisors are also paying attention to his catchy songs.

Listen to Dayglow’s ‘Medicine‘ from the opening scenes of Boo, Bitch in his official music video, and on his Harmony House album.

Now that’s a song that will be playing in your head ages after it ends, eh?