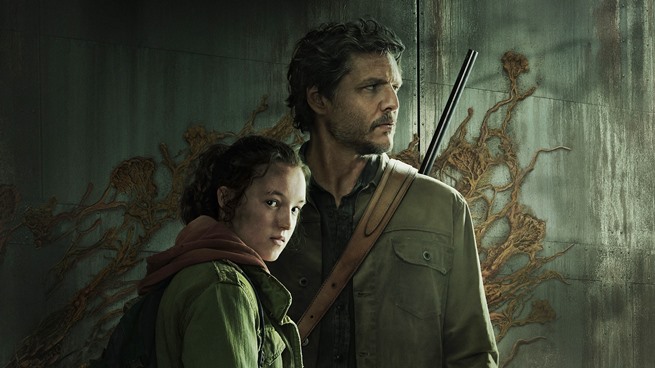 The iconic Depeche Mode track ‘Never Let Me Down Again‘ was one of the tracks played on the post-apocalyptic drama The Last of Us, which is currently streaming via HBO — The Last of Us, Season 1, Episode 1, “When You’re Lost in the Darkness“.

The track was played at the end of the drama’s first episode as the radio turns itself on and signals danger.  It continues playing over the end credits.


Depeche Mode’s ”Never Let Me Down Again‘ was released by the English electronic music band in 1987 as the second single from their sixth album Music for the Masses, and became a big hit on alternative radio and college radio stations.

At the time of its release, I was a radio DJ at an alternative station in the midwest, and it was on our Heavy Rotation list for several months as listeners requested it so much.

‘Never Let Me Down Again‘ also charted high on indie charts all over the world, hitting #1 in Denmark, #2 in the UK and the then-West Germany, as well as in the Top 10 in five other countries.

The song has since become both a Depeche Mode favorite and a fan favorite in concerts, with enormous crowds mimicking lead singer Dave Gahan as he waves his arms backwards and forwards during the last couple of minutes of the track.

Check out the video from the band playing the track live in Barcelona back in 2009, and you will see what I mean.

Listen to Depeche Mode’s ‘Never Let Me Down Again‘ as heard on The Last of Us on the band’s The Singles 86-98 album, and in its official video.

More than 35 years after its first release, and it’s still a helluva cool song.

The Last of Us is currently streaming on HBO.