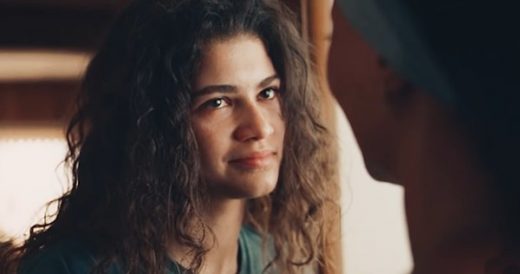 The mellow jazz instrumental track was playing in the background as Ali is cooking dinner for Gia, Leslie and Rue.


Dexter Gordon’s ‘Stairway to the Stars‘ is from the saxophonist’s 1963 album Our Man in Paris, which was recorded in that city with Americans jazz pianist Bud Powell, and drummer and band leader Kenny Clarke, alongside French bass player Pierre Michelot.

The album was recorded a couple of years after Gordon himself had moved to Denmark where he lived on and off for a decade and a half.

The jazz player stayed in Europe as long as he did as the jazz music scene there was more respectful to its musicians, and the racism he experienced in America was far less prevalent.

He eventually returned to the United States in the mid-1970s, where he stayed for the remainder of his life.

Since its release, Our Man in Paris has been named as one of the classic jazz albums any jazz fan should have in their collection due to its rich, almost extravagant tracks.

Listen to Dexter Gordon’s ‘Stairway to the Stars‘ from Euphoria on Our Man in Paris below.

Season 2 of Euphoria is on HBO.