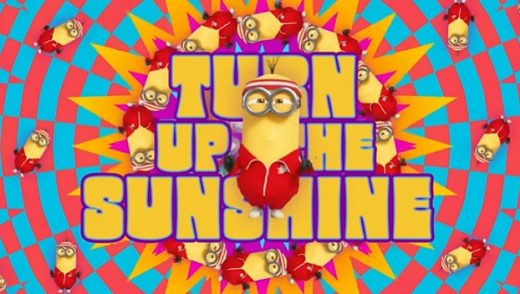 The animated family film Minions: The Rise of Gru is now out in movie theaters everywhere.

The film not only includes the usual Minions lunacy, but also has a pretty interesting soundtrack, as it features remakes of 1970s classic funk, soul and pop hits songs by contemporary artists.


Along with them, the original song  ‘Turn Up the Sunshine‘ by Diana Ross and Tame Impala, co-written by Jack Antonoff, and released as the soundtrack’s lead single back in May, was also played over the film’s credits.

‘Turn Up the Sunshine‘ also comes with a fun and wildly colorful animated music video that, instead of featuring the iconic R&B, soul singer and the Aussie psychedelic music project, has Minions taking their places.

Minions who dance around in track suits, wearing headphones and disco outfits, and generally looking like being back in the 70s wouldn’t be too difficult for them at all.

Listen to Diana Ross and Tame Impala’s ‘Turn Up the Sunshine‘ from Minions: The Rise of Gru in the song’s music video, and on the film’s soundtrack.