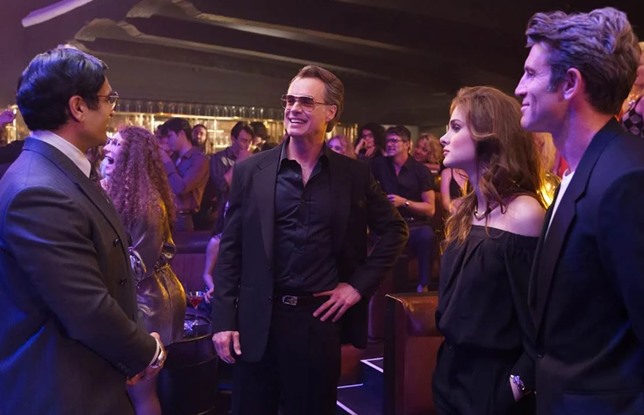 Diana Ross’s ‘Muscles’ was the lead single from the singer’s thirteenth studio album Silk Electric, which came out in September, 1982 on the Capitol and RCA labels.


The song was both written and produced by Michael Jackson so, with a combination of talent like that of Jackson and Ross, no wonder then that the track made it to #4 on the Hot R&B/Hip Hop Songs chart in the U.S., as well as hitting #10 on the Billboard Hot 100 chart, and high on the Adult Contemporary chart.

‘Muscles‘ also charted in seven other countries including the UK, Ireland and New Zealand.

The song was ultimately nominated for a Grammy Award, while her Silk Electric album was certified Silver and Gold in the United Kingdom and United States.

Listen to Diana Ross’s ‘Muscles‘ as heard on Welcome to Chippendales this week on the singer’s Silk Electric album, and in the tracks’s official music video, which features the singer in bed sleeping and then dreaming about being surrounded by a group of gorgeous men.

Watch Welcome to Chippendales via Hulu.