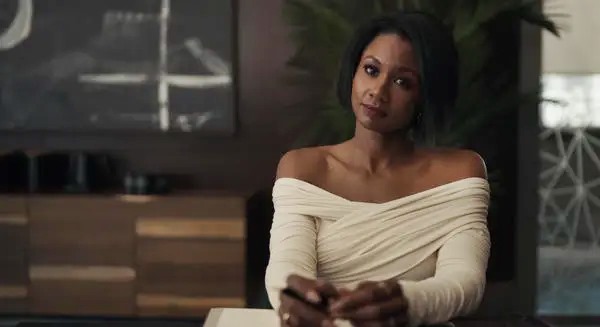 The upbeat song was played as Jax, as a teenager, is in the shower when her stepfather walks into the bathroom to get something.


Dionne Farris’ ‘I Know‘ was the lead single from the New Jersey native’s debut studio album Wild Seed — Wild Flower, which came out in earlu 1995 on the Columbia record label.

It went on to be nominated for a Grammy Award for Best Female Pop Vocal Performance, losing out to Annie Lennox’ ‘No More ‘I Love You’s“.

Farris’ album Wild Seed — Wild Flower wasn’t as successful, only charting at #42 on the Australian Albums chart, but the success of Dionne Farris’ ‘I Know‘ helped her rise to fame.

Since then, Dionne Farris has released four more albums, five more singles, and had songs featured on several film and TV soundtracks.

The singer has been relatively quiet since the release of her last album in 2014, with fans hoping she will be making a comeback soon.

Listen to Dionne Farris’ I Know‘ as heard on Tuesday night’s episode of Reasonable Doubt on her Wild Seed — Wild Flower album, and on the song’s official music video.