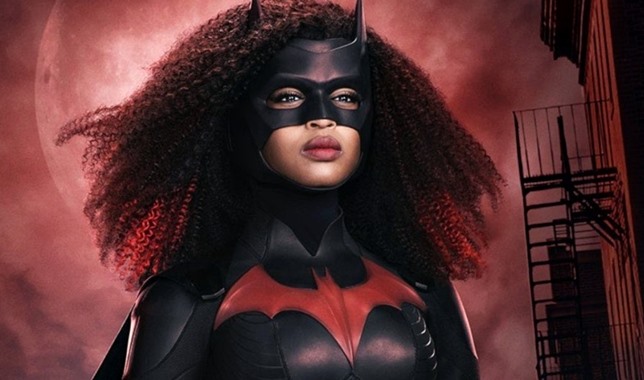 American rock band Dorothy’s ‘Ain’t Our Time to Die‘ was heard on the new season of the superhero series Batwoman last night — Batwoman, Season 2, Episode 1, “Whatever Happened to Kate Kane?”

The heavy rock song was played as the new Batwoman, Ryan Wilder, puts on the Batsuit and begins to beat up Tommy Elliot.

Dorothy’s ‘Ain’t Our Time to Die‘ is from the Los Angeles-based indie band’s sophomore studio album 28 Days In The Valley, which was released in 2018 via Roc Nation Records.

Dorothy was founded in 2014, when former band member guitarist and producer Mark Jackson heard Dorothy Martin sing, and thought her voice was incredible. He then got together with a few musician friends, and created a band around her.

Since then, band members have changed so much that Dorothy herself is the only original member of the band. Not that that has lessened their amazing sound at all.

Since its founding, Dorothy has released two albums, an EP and more than a dozen singles. The band also often shows up on critics’ lists as ‘the band to watch’.

In the last couple of years, Dorothy has also come to the attention of music supervisors for a variety of shows, with the band’s music showing up not just on Batwoman, but also on shows like Lucifer, The Vampire Diaries, The Originals, Wynonna Earp, and NCIS: Los Angeles.

All dark shows that are perfect for Dorothy’s music.

Listen to Dorothy’s ‘Ain’t Our Time to Die‘ from Batwoman in both the video and on the band’s sophomore album below.

Season 2 of Batwoman now stars Javicia Leslie in the lead role, as the original Batwoman Ruby Rose left the show at the end of season one.

The show is currently airing on The CW in the U.S.