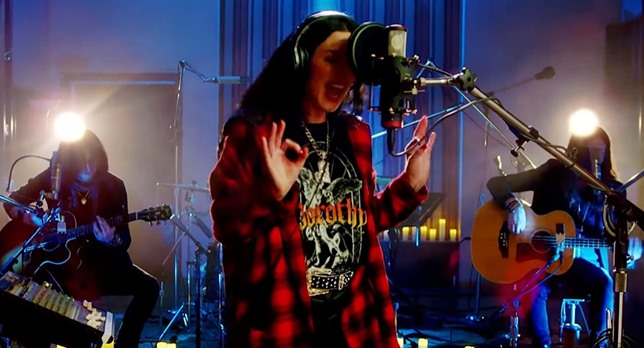 LA-based rock band Dorothy’s ‘What’s Coming to Me‘ (Unplugged) was that powerful and wild song playing on the season finale of Monarch this week right at the beginning of the episode as Tripp is with the police rushing to arrest Albie at the concert, and as Albie is arrested — Monarch, Season 2, Episode 11, “The Last Dance“.

The song was released in March of this year, and is an unplugged version of a non-album single the American indie rock band released in 2021.


That single made it to #35 on the American Mainstream Rock chart, as well as earned the band several million plays on streaming platforms.

The band also released a music video of a live unplugged performance of ‘What’s Coming to Me‘.

A video that showed just a few seconds in that, when it comes to Dorothy lead singer Dorothy Martin, what you hear on a recorded album is exactly what you hear live — a phenomenal voice that needs zero manipulation to grab you hard.

Listen to Dorothy’s ‘What’s Coming to Me’ (Unplugged) as heard on this week’s Monarch in that video, and on the Spotify player.