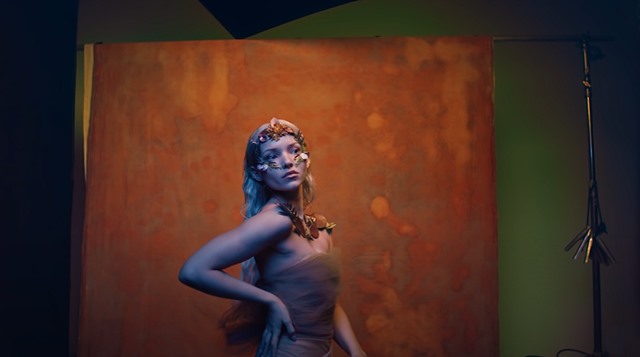 American actress and singer Dove Cameron’s ‘So Good‘ was one of the songs featured on the soundtrack of the new movie After We Collided.

The song was heard during the sex in the shower scene.

Dove Cameron’s ‘So Good‘ was released in late 2019 via Disruptor and Columbia Records as a standalone single, and the third such release from the fledgling singer.

The expletive-ridden song is highly auto-tuned, so Cameron’s voice sounds more robotic than anything. A shame really, as she has a beautiful voice without manipulating it to such an extent it sounds almost completely computerized in places.

Even with the massive auto tuning, however, Cameron’s ‘So Good‘ is a catchy track and, with its feel-good vibe, definitely resonated with fans at the time of its release.

The track is also likely to be one of the most popular songs from the After We Collided soundtrack.

Listen to Dove Cameron’s ‘So Good‘ in her official music video below. It features the singer on a revolving platform being slowly decorated with flowers and leaves.

After We Collided is the follow up to the hit movie After. The film is currently out in movie theaters in most European countries, but will not be released in the U.S. until the end of October.