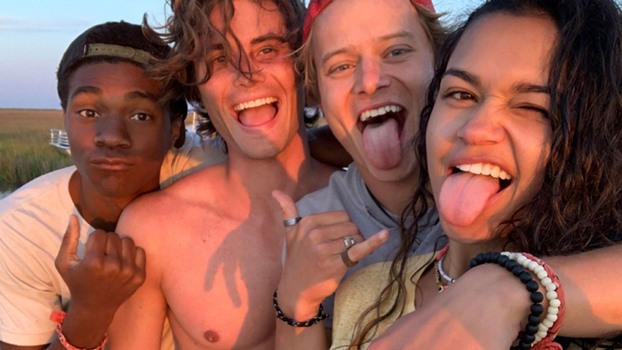 American indie psychedelic rock band Dr. Dog’s ‘Where’d All the Time Go‘ was one of the most popular songs featured on the soundtrack of Outer Banks this week — Outer Banks, Season 2, Episode 3, “Prayers“.

Dr. Dog’s ‘Where’d All the Time Go‘ is from the band’s sixth studio album Shame, Shame, which was released in 2010 via the ANTI- record label.

Interestingly, after the album was released, the Philadelphia based band admitted some of the songs on it were several years old.

This includes Where’d All the Time Go‘, which had apparently been written eight years prior to being recorded for Shame, Shame, but the band had felt didn’t really fit on previous albums.

While the album was not a huge hit for the band, it did receive high ratings from luminaries like Consequence of Sound, Drowned in Sound, All Music and Paste Magazine.

Listen to Dr. Dog’s ‘Where’d All the Time Go‘ as heard on Outer Banks in the video, and on the band’s Shame, Shame album.