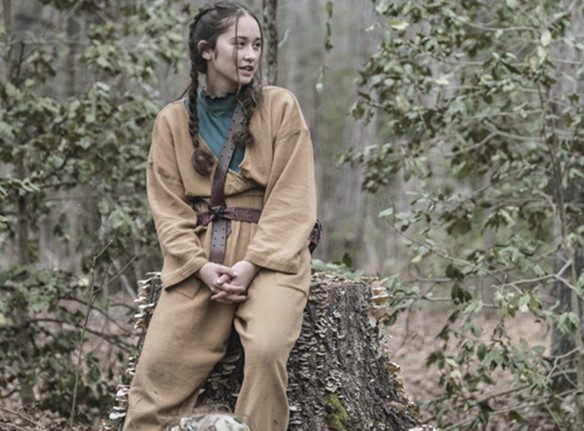 The song, with its pounding drum beat, was the track playing on Hope’s MP3 player as she is jogging.

Dum Dum Girls’ ‘It Only Takes One Night‘ was the third single from the all-female band’s debut studio album I Will Be, which was released in 2010 via Sub Pop Records.

While the song was not a big hit for the band, it did become more popular when it was used on the soundtrack of the FIFA 11 video game.

Dum Dum Girls themselves were in existence from 2008 to 2016 when the band broke up.

During that time, they released three full-length albums, four EPS and more than a dozen singles, as well as having their songs appearing on a myriad of compilation albums.

The band line-up changed quite markedly during the eight years they were together, however, with the final line-up only featuring one original member — founder Dee Dee.

Listen to Dum Dum Girls’ ‘It Only Takes One Night‘ as heard on The Walking Dead: World Beyond in the video and on the band’s debut album.

There is also an interesting live performance of the song that is well worth a watch.