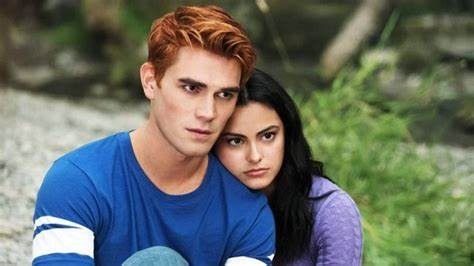 The song was playing as Tabitha and Jughead are at Pop’s kissing.


Duran Duran’s ‘Hungry Like the Wolf‘ is from Rio, the band’s second studio album.

Released in early 1982 in the UK and later in the year in the United States, after MTV put it in heavy rotation the song shot to #3 on the Billboard Hot 100 chart.

This introduced Duran Duran to the mainstream American audience, and they were soon a massive hit in America.

The music video for ‘Hungry Like the Wolf’ also did incredibly well for the indie band.

Shot in Sri Lanka in the jungle, it had a Raiders of the Lost Ark vibe — a film that had been enormously successful in the U.S. just a couple of years previous.

The video went on to become one of MTV’s most popular music videos and was eventually awarded a Grammy Award for Best Short Form Music Video.

The band itself was founded in the UK in 1978 and is still together and releasing music today.

Listen to Duran Duran’s ‘Hungry Like the Wolf‘ as heard on last night’s Riverdale in that music video and on the band’s highly successful Rio album.