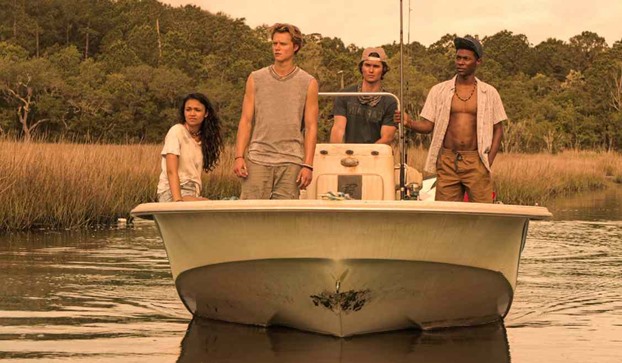 Guyanese-British electro pop, reggae singer songwriter Eddy Grant’s ‘Electric Avenue‘ was one of the songs played on the second episode of the new season of Outer Banks this week — Outer Banks, Season 2, Episode 2, “The Heist“.

Eddy Grant’s ‘Electric Avenue‘ was released in 1982 on his album Killer on the Rampage via the CBS, Parlophone and EMI record labels. The album also features an extended version of the track.

The now instantly-recognizable song was not only a smash hit for Grant, but it was also one of the biggest hits of 1983 reaching the charts in 14 countries, including in the UK, the United States, Australia, Germany and France.

In recent years, ‘Electric Avenue‘ has also seen a resurgence with a re-release in 2001, followed by being licensed for shows like Bates Motel, American Dad, Everybody Hates Chris, The Simpsons, Ashes to Ashes and Lovesick.

Eddy Grant himself is now in his early 70s and is still releasing music, with his latest album hitting shelves in 2017.

Listen to Eddy Grant’s ‘Electric Avenue‘ from Outer Banks in the video below, and on the Spotify widget.

It really does stand the test of time.