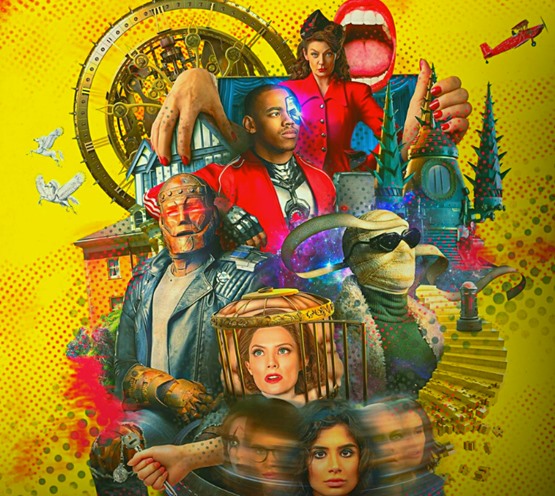 The fabulous late American actress Elaine Stritch was not just an actress, she was also a massive Broadway star for decades.

That’s why, when any Broadway fan thinks of the now-iconic song ‘The Ladies Who Lunch’, they think of Stritch as, not only did she star in the musical Company where the song originated, she also sang it on stage.


In fact, after her performance of ‘The Ladies Who Lunch‘ as Joanne in the musical, it became the actress/singer’s theme song, as her performance is absolutely damned brilliant.

That theme song also showed up on the just-returned Doom Patrol this week — Doom Patrol, Season 4, Episode 2, “Nostalgia Patrol” — and was played as the agent is gathering damaged manequins, and then again when Dr Yu is making lunch in her apartment and Nicholas is there.

Elaine Stritch’s ‘The Ladies Who Lunch‘ was written by renowned composer and lyricist Stephen Sondheim, and is a quite sad song that mocks wealthy wives who have nothing better to do with their empty lives but get together and ‘lunch’.

Often abusing alcohol while they are at it.

Listen to Elaine Stritch’s ‘The Ladies Who Lunch‘ from Doom Patrol on her superb double-album Elaine Stritch at Liberty, a one-woman autobiographical show that premiered in November, 2001 in New York.

There is also a wonderful live performance she gave of the song at Carnegie Hall in 1998 you should watch below, as you rarely see talent like that.

Stritch herself died in late 2014 at the age of 89. Still too young, in my opinion, as she really was the likes you don’t see very often.