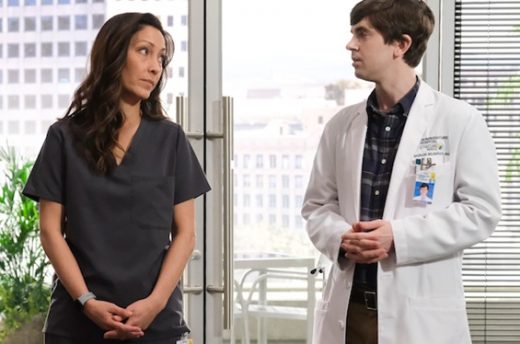 Well, this piece of music was an interesting addition to the soundtrack of The Good Doctor last night — Elmer Bernstein’s ‘The Magnificent Seven‘, which showed up on The Good Doctor, Season 5, Episode 9, “Yippee Ki-Yay“.

And, of course, if you are familiar with the 1960 western The Magnificent Seven, you will have immediately recognized that famous piece of soundtrack music, as it has become iconic in the 60 years since it was released.


Written by the legendary American composer Elmer Bernstein, the soundtrack for the film was nominated for an Oscar for Best Original Score, but lost out to the music from Exodus.

Since then, however, it has been named as one of the Top 25 American film scores of all time, and is now thought of as one of the best movie soundtracks ever recorded.

Elmer Bernstein’s ‘The Magnificent Seven‘ didn’t just stay with the film either as, over the last 60 years, it has also been played on the soundtracks of TV shows as varied as Miami Vice and The Simpsons, and on films like Moonraker, The Ringer and Fahrenheit 9/11.

Listen to Elmer Bernstein’s ‘The Magnificent Seven‘ as heard on The Good Doctor on the soundtrack album from the movie, and in the live performance of the piece Bernstein himself conducted at The Proms.

Watch this and other episodes of The Good Doctor on ABC.