Because, even if Elvis’s music isn’t really pertinent to that era of American history, it certainly fit that scene when John informs Onion they are in Canada and he is now free. He then tells him to go to the Catholics to get help.

Elvis Presley’s ‘Where Could I Go But to the Lord‘ is from the iconic singer’s ninth studio album How Great Thou Art. The album was a gospel songs release, with 13 now classic Elvis songs like the title track ‘How Great Thou Art‘ and ‘Crying in the Chapel‘. It eventually won Elvis a Grammy Award for the Best Sacred Album.


Elvis’s ‘Where Could I Go But to the Lord‘ was not released as a single from the album, but has become an Elvis favorite with fans since.

Since its release, How Great Thou Art has been certified 3 x Platinum, with its latest certification as recent as 2010. Yes, even over 40 years after his death, Elvis’s music still sells well.

Elvis himself, of course, died of a massive heart attack in August, 1977 at the age of just 42 after many years of extensive drug use. (article continues below…) 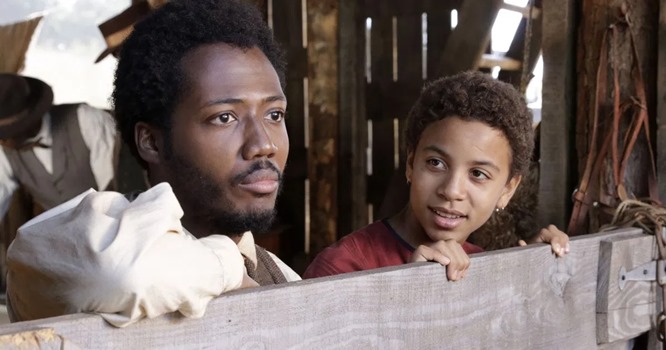 As for The Good Lord Bird, the miniseries is currently airing on Showtime.

The show is based on the James McBride novel of the same name, and is executive produced and stars Ethan Hawke.

The seven-episode series finishes its first season on November 15th, 2020.

Listen to Elvis Presley’s ‘Where Could I Go But to the Lord‘ from fourth episode of The Good Lord Bird in the video below.

If you enjoy Elvis’s gospel music, you can also hear his entire album How Great Thou Art in the Spotify widget below that.