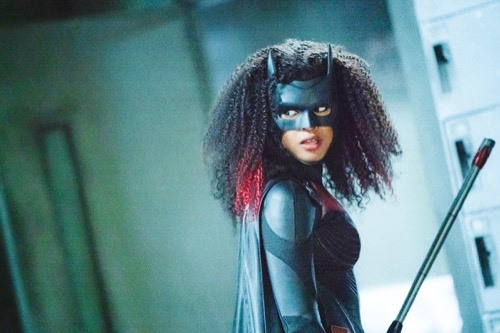 Norwegian American singer songwriter Emily Blue’s ‘Call Me‘ showed up on the newest episode of Batwoman last night — Batwoman, Season 2, Episode 6, “Do Not Resuscitate” — which aired on February 28th, 2021.

The song was played as Alice attacks Ocean, and then as both of them have flashbacks of being together in the past.


Emily Blue’s ‘Call Me‘ is a standalone single the electro-pop singer released in 2019. It is, of course, an electro rock cover of the iconic Blondie track that was released by the American new wave band back in early 1980.

As for Blue, aka Emily Caroline Otnes, she is not only a solo performer but also the lead vocalist of the band Tara Terra.

She is also an artist that shifts from music genre to music genre depending on her musical tastes at that time, so has released music that is electro pop, as well as synth pop, avant garde and even death metal.

Most of Emily Blue’s songs were co-written with her long-time writing partner Max Perenchio, who also produced much of her work. Sadly, Perenchio was killed in late 2020 in a car accident in California.

Two months after his death, Blue released her third studio album The Afterlove. You can buy that album and every other release from the Chicago-based singer songwriter on Bandcamp.

Listen to Emily Blue’s ‘Call Me’ from Batwoman in the Spotify widget below, and on the video below.