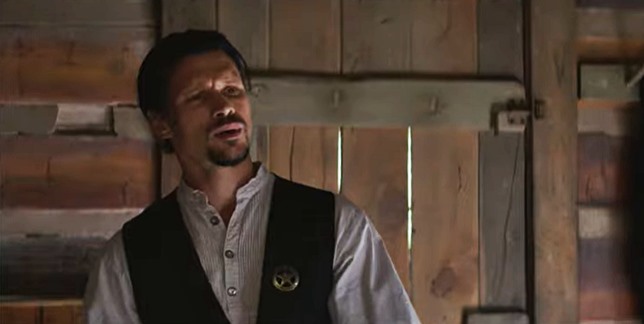 The song was heard as Tom is refusing to let the bounty hunter take McDowd’s body.


Emmylou Harris’ ‘Goodbye‘ was released as a radio promo single from the singer’s eighteenth studio album Wrecking Ball, which came out in late 1995 via the Elektra record label.

It was an album that became a career-defining moment for the already mature singer, as it took her in a direction quite different than much of her previous work. A direction she continued to go in for many years afterwards.

It went on to hit the top spot on the U.S. Country Music Albums chart, as well as at #94 on the Billboard 200 chart. Wrecking Ball also charted in five other countries, including the United Kingdom.

The album even earned Harris a Grammy Award for Best Contemporary Folk Recording, after being released to just about universal acclaim.

As for Emmylou Harris’ ‘Goodbye‘, the mellow track

Listen to Emmylou Harris’ ‘Goodbye‘ as heard on Season 1 of Walker: Independence this week in the video, and on the iconic singer’s Wrecking Ball album.

There is also a sweeter than sweet live performance Harris gave with another legend — Steve Earle — that, if you love a performance that sounds so simple but so damned perfect, you cannot miss. You’ll find that down below as well.

Walker: Independence is currently airing on The CW.