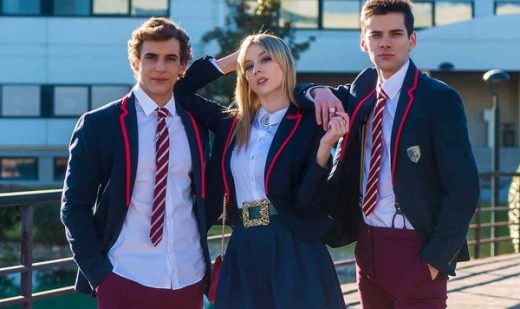 If you thought you recognized that gorgeous piece of music playing on the new season of the Netflix series Elite this month — Elite, Season 5, Episode 3, “Átame“, you are probably correct.

That’s because the music was Ennio Morricone’s ‘Adesso è amore‘.


A piece that was originally written for the soundtrack of the superb dark comedy Tie Me Up! Tie Me Down! (released as Légami! in Spain in 1989) from acclaimed Spanish director Pedro Almodóvar.

A film I can highly recommend if you haven’t yet seen it, and an apt piece of music for this episode of Elite, as it’s Spanish title ‘”Átame‘ also means ‘Tie Me Up‘ in English.

The music is an almost delicate piece that is one of the most romantic pieces of music Morricone has released.

Listen to Ennio Morricone’s ‘Adesso è amore‘ from Elite on the soundtrack of Tie Me Up, Tie Me Down, and in the video.

Watch Season 5 of Elite on Netflix.