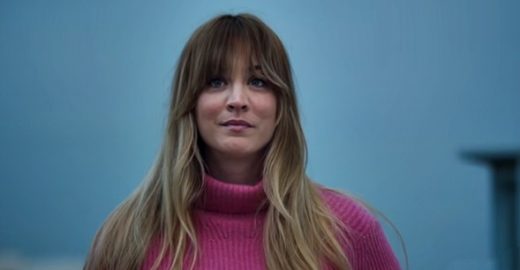 The song is playing on Cassie’s headphones as she is leaving the airport.


Erykah Badu’s ‘Window Seat‘ was the lead single from the R&B singer’s 2010 studio album New Amerykah Part Two (Return of the Ankh), which came out in 2010 on the Universal Motown label.

The song came with a controversial video that Badu filmed on Dealey Plaza in Dallas, the site where President Kennedy was assassinated.

The video was controversial due to it being the site of Kennedy’s assassination and because Badu stripped naked while it was being shot, surrounded by tourists and while not having permission to film it.

The goal of the music video was to speak out against “group think”, which was happening more and more back then and even more so now.

Badu ended up having to pay a $500 fine and was given six months probation, because one woman who had been at Dealey Plaza with two children complained because she was “offended”.

Yep, there’s always somebody isn’t there.

Interestingly too, Dealey Plaza was named after my late fiance’s grandfather George Bannerman Dealey and, as someone who would have been a member of that family if my fiance hadn’t died, I can’t say it offended me at all.

Listen to Erykah Badu’s ‘Window Seat‘ as heard on The Flight Attendant in that video, and on Badu’s New Amerykah Part Two (Return of the Ankh) album.