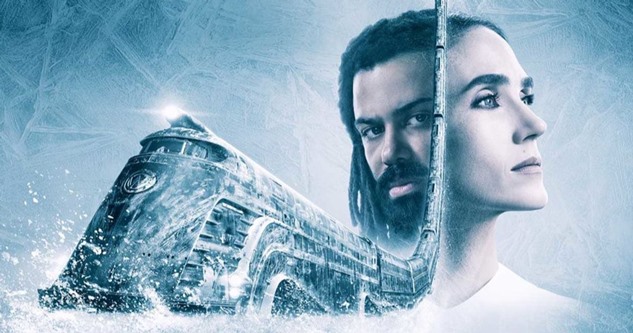 Season 2 of the post-apocalyptic drama Snowpiercer is back, and along with it some gorgeous music this week in the shape of Etta James’ ‘Stormy Weather‘, which appeared on Snowpiercer, Season 2, Episode 2, “Smolder to Life“.

A track that was playing as the episode began, and as the train is traveling through falling snow.

Etta James’ ‘Stormy Weather’ was written in 1933 by Harold Arlen and Ted Koehler and was first made famous by iconic jazz and swing singer Ethel Waters.

Since then, ‘Stormy Weather‘ has been recorded by a slew of luminaries, including Frank Sinatra, Dinah Washington, Billie Holiday, Lena Horne and Judy Garland.

Etta James recorded the song for her debut studio album At Last!, which was released in 1960 via the Argo label, although the track was not one of the album’s four singles.

It was, however, eventually certified Gold. (continue reading and listen to Etta James’ ‘Damn Your Eyes‘ after the promo…although you might want to click on that link too, as her live version of that song is spectacular…)

James’ version of the song has also been licensed for use on TV series like Fear the Walking Dead, Orange is the New Black, Northern Exposure and the 2010 movie A Single Man.

At Last! peaked at #12 on the Billboard Top Catalog Albums chart. Since then, however, it has been featured on several critics’ lists as one of the best albums of all time.

Listen to Etta James’ ‘Stormy Weather‘ as heard on the new episode of Snowpiercer in the video below. And, if you love Etta James’ version of the song as much as I do, her debut album is well worth a listen.

Season 2 of Snowpiercer is currently airing on TNT with a third season already green-lit.