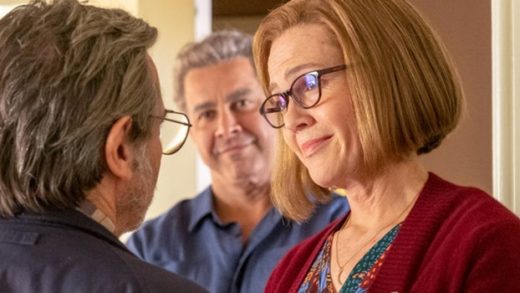 1960s-era British folk rock band Fairport Convention’s ‘Who Knows Where the Time Goes?‘ was played on the soundtrack of This Is Us last night — This Is Us, Season 6, Episode 2, “One Giant Leap“.

Fairport Convention’s ‘Who Knows Where the Time Goes? is from the band’s third studio album, interestingly titled Unhalfbricking.


The album was released in mid-1969 via the Island record label, and was the second full-length album the band got out that year.

It was also the first release in which Fairport Convention began to move away from songs with a definite American influence, and onto their later English folk sound.

The song ‘Who Knows Where the Time Goes?’ had been recorded and released by folk singer Judy Collins the year before, as well as recorded as a demo by the songwriter Sandy Denny.

But it was the Fairport Convention version that really stood out.

Denny joined Fairport Convention as the band’s lead singer, which was why the track was recorded again for their Unhalfbricking album. This time with a more rock sound than previous recordings.

Now, every time I hear the song, I always feel its poignancy, as Denny herself died a few years later at the age of just 31 due to health problems caused by alcohol addiction.

Who Knows Where the Time Goes? was the last song Denny ever performed in concert as her alcohol-related problems became so bad, she died less than three weeks later on April 21st, 1978 after yet another alcohol-induced fall down stairs.

Listen to Fairport Convention’s ‘Who Knows Where the Time Goes?‘ from last night’s This Is Us on the band’s Unhalfbricking, and in the video.