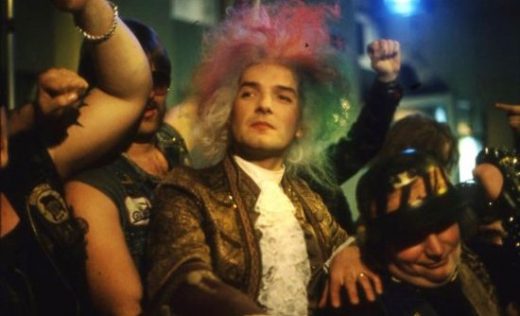 Falco’s ‘Rock Me Amadeus‘ was released in late 1985 on the singer/rapper’s third studio album Falco 3. The album came out via the Austrian label GIG.


The song itself was the first and only German language song right through to the present day to hit the top spot on the Billboard Hot 100 chart in the U.S.

It was also a massive success in the UK and in the rest of Europe, ultimately charting at #1 on the UK Singles chart, as well as hitting the top spot on charts in Austria, Canada, Germany, Ireland, New Zealand, South Africa, Spain and Sweden.

Falco’s ‘Rock Me Amadeus‘ went on to become the Austrian singer’s biggest hit, and his signature song.

The song also received a cover  recently when fellow Austrian artist Conchita Wurst released her/his interesting version of the hit track. (Watch the video for that track below).

Sadly for Falco, he died at the age of just 40 years old while on vacation in the Dominican Republic when his rental car was in an accident with a bus.

Listen to Falco’s ‘Rock Me Amadeus‘ as played on Stranger Things in the song’s music video, and on the singer’s Falco 3 album.

You can also listen to more music from Stranger Things on Leo Sigh.