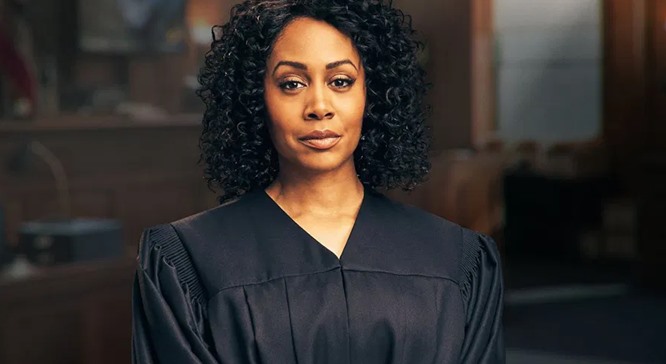 The second season of the superb CBs legal drama series All Rise began airing last night and, as usual, the music used on its soundtrack was one of the best parts of the episode.

Because, hell, at under a minute that track may be one of the shortest ever recorded, but that rocking clap beat and that upbeat sound just make you want to dance.

Fantastic Negrito’s ‘Shigamabu Blues‘ is from the Massachusetts native’s latest album Have You Lost Your Mind Yet?, which was released on the indie label Cooking Vinyl earlier this year.

The 11-track release was the follow-up to his amazing 2018 album Please Don’t Be Dead, a release that won him the Grammy for Best Contemporary Blues Album in 2019.

Fantastic Negrito, aka Xavier Amin Dphrepaulezz, began releasing music in 1996 after spending much of his teen years as a drug dealer in his then-hometown of Oakland.  After a decade in the business, he took a break in 2007 and stayed away from the music industry for more than seven years. (article continues below…)

On his return in 2014 was when his work really began to get the attention it deserves. The year afterwards, he appeared on NPR’s Tiny Desk Concerts and only two years after that, he won his first Grammy.

Listen to the short very very sweet ‘Shigamabu Blues‘ by Fantastic Negro as played on All Rise in the video and Spotify player below, and you will easily hear why his music is so impactful.

All Rise stars Simone Missick as  Judge Lola Carmichael. The second season of the show is currently airing on CBS.