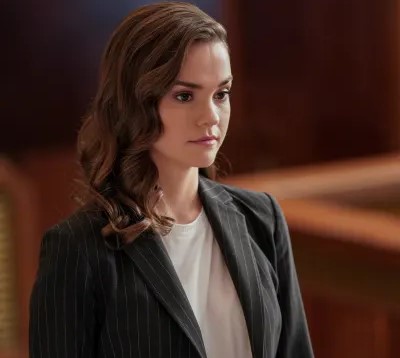 The track is from her debut four-track EP Out Loud, which was released in August, 2020.

The independently released synth pop EP is interesting as it features the first music from the relatively new artist after she realized she was pansexual.

According to Flavia, ‘Blue‘ was written about the first girl she realized she had fallen in love with. As she told LadyGunn:

(‘Blue’) is the first song I ever wrote about a girl. I had no idea I was bi or pansexual before the creation of this song. There was a girl I was friends with that I was so enamored with and curious about, and I woke up one morning and she was the first thing I thought about and I was like, Oh shit, there’s something else here. I wrote “Blue” that very morning, in like 10-15 minutes, it just poured out of me. That was really the start of my journey of me acknowledging that there was another part of me that I hadn’t yet explored or even consciously known about.

Listen to Flavia’s ‘Blue‘, and luxuriate in that gorgeously sultry voice, on both her EP Out Loud and in the video below.

You can keep up-to-date on Flavia and her music on the singer’s official website. as, from the caliber of music she has produced so far, it is looking very much like she will go far.