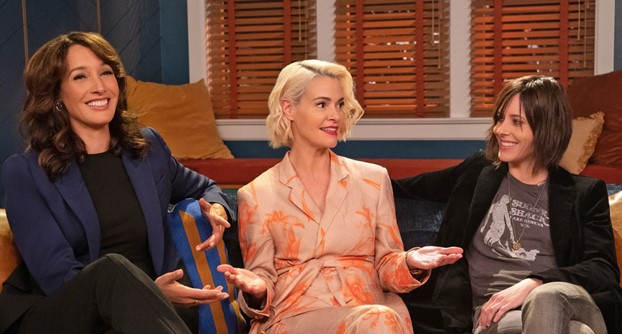 The song was heard during the episode’s last scene.

Fletcher’s ‘Healing‘ was released by the LA-based indie singer earlier this month via Capitol Records as (at the moment) a standalone single.

The track arrived with an official music video with the singer on a darkened set in a glass box, with cut scenes of her dancing with herself interspersed throughout it.

Fletcher, aka Cari Elise Fletcher, came to mainstream media attention when her single ‘Undrunk‘ became a big hit in 2019.

Since then, she has released two EPs, and a slew of singles, although she has yet to release a debut album.

The singer has also come to the attention of TV music supervisors, with her music showing up on series like Love, Victor, The Bold Type, The Hills: New Beginnings and in the movie To All The Boys: Always and Forever, Lara Jean.

Listen to Fletcher’s ‘Healing‘ as heard on The L Word: Generation Q last night in that music video and on the Spotify player.