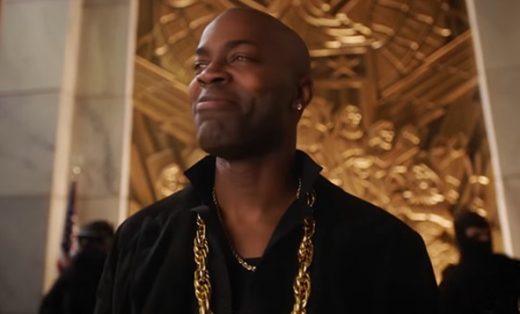 Rock band Foreigner’s ‘Cold as Ice‘ was played on the new episode of The Flash last night — The Flash, Season 8, Episode 7, “Lockdown“.

The song was heard as Caitlin and Marcus arrive at the bar and come across Mark and Frost singing the song. And yep, Foreigner’s version is better!

Foreigner’s ‘Cold as Ice‘ was first released in 1977 on the band’s debut studio album, and has since become one of Foreigner’s most well-known and well-loved songs.


Upon release, it made it to #6 on the Billboard Hot 100 chart and #10 on the Cashbox Top 100 chart. The track also charted high in Australia, Canada, Belgium and the Netherlands.

The song starts with that now iconic piano intro, which sets the stage for lead singer’s Lou Gramm’s massive vocals.

The two together beautifully describe a frigid relationship where, no matter what the man does, the woman will never reciprocate his feelings in the way he wants her to.

Listen to Foreigner’s ‘Cold as Ice‘ from The Flash in the song’s official music video, and on the band’s self-titled first album.