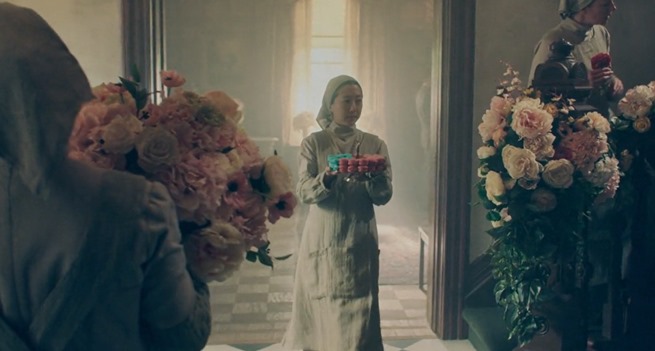 While French composer Francis Lai’s ‘Un Homme et Une Femme‘ was that gorgeous piece of music played on the season finale of The Handmaid’s Tale last night — The Handmaid’s Tale, Season 5, Episode 10 — and I will guarantee you have heard it a million times, I will bet few of you had any idea who composed it, or what the instrumental piece is called.

I know it was a long time before I could immediately remember that information, even though I heard it a million times way back when it was first released.


In last night’s The Handmaid’s Tale, Francis Lai’s ‘Un Homme et Une Femme‘ was the piece of music playing as the handmaids are setting up for the party.

The movie also had a song version with lyrics, which was nominated for a Golden Globe Award.

It is the instrumental, though, that, to me, is the most powerful piece.

Especially as, while it sounds so simple with its almost-nonsense vocals, it is one of those pieces you hear once and cannot forget.

You can also hear more music from every season of The Handmaid’s Tale here on Leo Sigh.