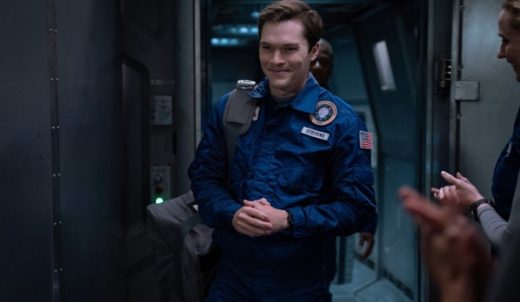 Frank Sinatra’s iconic song ‘Fly Me to the Moon‘ was played on the sci-fi series For All Mankind last night — For All Mankind, Season 3, Episode 2, “Game Changer“.

The track is one of Sinatra’s most recognized songs, with the singer being accompanied by the legendary Count Basie and his Orchestra.


It was initially released on the singer’s It Might As Well Be Swing studio album, which came out in 1964 on the Reprise label, and went on to become one of his most popular songs.

Several other versions of ‘Fly Me to the Moon‘ have been released since the track was first recorded by Kaye Ballard in 1954, but it is Sinatra’s cover of the song that has become the most iconic.

Part of this is due to Sinatra’s recording of the song being played on a tape recorder during the Apollo 10 mission to orbit the Moon, and again on Apollo 11 before the first Moon landing.

Listen to Frank Sinatra’s ‘Fly Me to the Moon‘ from this week’s For All Mankind, in the video and on Sinatra’s It Might As Well Be Swing album.

There is also a live version of the song Sinatra performed in 1965 below as well.