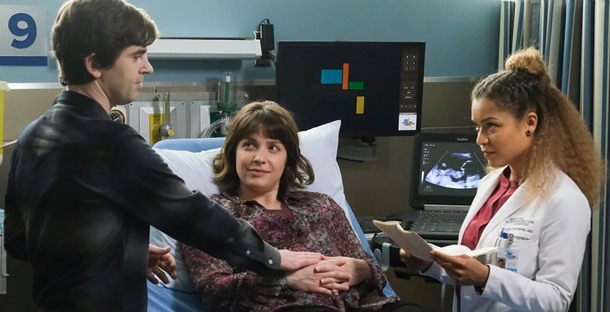 It is always nice to know the classic songs from iconic singers are not forgotten. At least when it comes to them being deemed ‘cool’ enough to be used on the soundtracks of popular TV shows and movies.

Take Frank Sinatra’s ‘I’m Gonna Live Till I Die‘, one of the latest songs to appear on the medical drama The Good Doctor this week — The Good Doctor, Season 4, Episode 16, “Dr. Ted“.

The song was used on the soundtrack of the show in the scenes where Maxine is having a party in her hospital room, and as Maxine tells Asher she had the party as a way to say goodbye to the people she cares about the most.

The perfect track for those poignant scenes.

Frank Sinatra’s ‘I’m Gonna Live Till I Die‘ was recorded by the iconic American singer in 1955, and released as a single via Capitol Records.

It was re-released in 1996 on the quadruple-disc 96-track compilation album Frank Sinatra: The Complete Capitol Singles Collection.

The song was recorded in 1954, and then released in 1955 along with another track ‘Melody of Love‘. It was one of Sinatra’s least popular songs, however, and did not chart in the U.S. or anywhere else.

The lyrics are an upbeat declaration of living life to the fullest, no matter how many problems you have or how ill you may be.

Listen to Frank Sinatra’s ‘I’m Gonna Live Till I Die‘ as heard on The Good Doctor in the video below, and on his massive compilation album.

The fourth season of The Good Doctor is currently airing on ABC, and a fifth season has just been greenlit by the network.