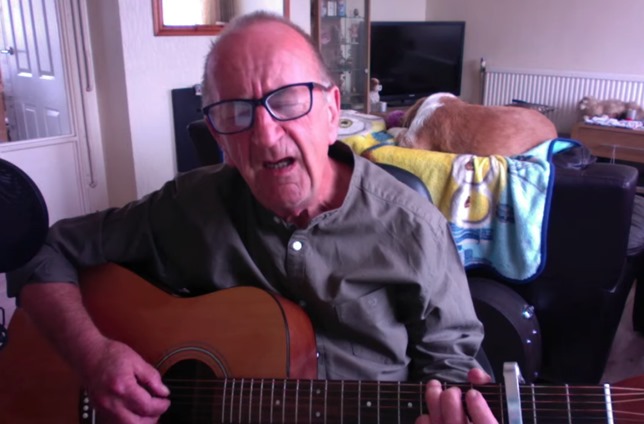 When it comes to music being used on the soundtracks of American TV shows, now and again one pops up that is a complete surprise.

This week, it was British singer songwriter Frank Watkinson’s ‘I’ll Follow You into the Dark‘ — his cover of the popular Death Cab for Cutie track, and one that the indie singer has already earned almost 1.1 million views for on his YouTube channel.

Watkinson’s ‘I’ll Follow You into the Dark‘ showed up on Apple TV’s Home Before Dark this week — Home Before Dark, Season 2, Episode 7, “Just a Bird” — and was played as Hilde delivers the eulogy for her deceased pet bird.

Frank Watkinson’s ‘I’ll Follow You into the Dark‘ is just one of a slew of covers the 68-year-old English granddad has released on his YouTube channel.

He started the channel for fun and to practice playing his guitar a few years ago, but was soon getting quite large numbers of views on his videos.

‘I’ll Follow You into the Dark‘ is his first song to be licensed for play on a popular TV show. It is not likely to be his last.

(Watch the video below, which was uploaded to Frank’s YouTube channel this morning, where he talks about being contacted by Apple TV about licensing the song several months ago, and how pleased he was his song was included in the show).

Listen to Frank’s ‘I’ll Follow You into the Dark‘ as heard on Home Before Dark on his YouTube video below, where he plays the song while sat in his living room, as well as on the Spotify player.

Learn more about Frank Watkinson, and the music he plays, in this excellent Inside Hook interview from earlier in the year, and subscribe to his YouTube channel here.

And don’t miss checking out his self-written original song ‘This Could Be My Last Song‘ in the Spotify widget below.