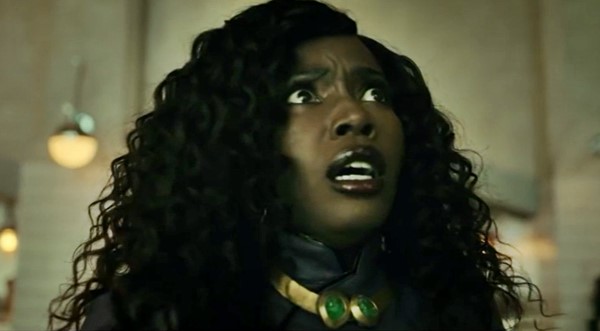 The cool blues rock song was played as Crane poisons Jason because he stole the anti-fear drug.

Gary Clark Jr.’s ‘Bright Lights‘ is from the Austin, Texas native’s 2011 EP of the same name, as well as from his major label debut album Blak and Blu, which was released via Warner Bros. a year later in October, 2012.

Songs from the album were ultimately nominated for two Grammy Awards and won one — the Grammy for Best Traditional R&B Performance for the track ‘Please Come Home‘.

The album also charted in eight countries, including the United States where it hit #6 on the Billboard 200 chart and the top spot on the Blues Albums chart.

Listen to Gary Clark Jr.’s ‘Bright Lights‘ from last night’s Titans on his 2011 EP, and in the video of his superb live performance of the song at the 2010 Crossroads Guitar Festival below.

The track itself, with its gorgeous guitar solo, is a superb example of contemporary blues rock, and pretty freaking banging.

Titans, by the way, is based on DC Comics Teen Titans superheroes, with Season 3 of the popular series currently streaming on HBO Max.

The show features some of the best music on any TV series.