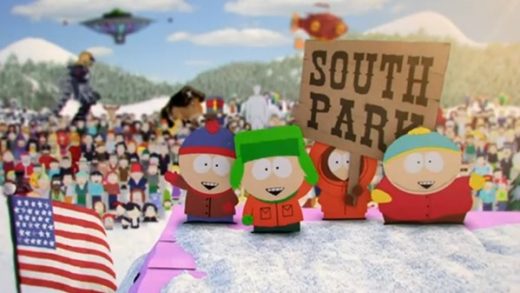 Even though the animated sitcom South Park is now in its astounding 25th season, it hasn’t fallen in quality at all.

Neither has it stopped featuring superb songs on its soundtrack, including on this week’s episode — South Park, Season 25, Episode 5, “Help, My Teenager Hates Me!” — iconic British electronic rock singer songwriter Gary Numan’s ‘My Name is Ruin‘.


That track was played as the boys and their dads compete against the teenagers in Airsoft, and continued playing over the end credits.

Gary Numan’s ‘My Name is Ruin‘ is from the singer’s eighteenth studio album Savage (Songs from a Broken World).

Released in September, 2017 via BMG and The End record labels, the album was an amazing success for Numan.

In the United States, Savage made it to #154 on the Billboard 200 chart, and then charted high in seven other countries, giving Gary Numan his highest success in more than 30 years.

His follow-up album four years later also hit the #2 spot in the UK, but was ultimately not as successful as Savage.

Listen to Gary Numan’s ‘My Name is Ruin‘ from this week’s South Park in the song’s music video, and on Numan’s Savage (Songs from a Broken World) album.